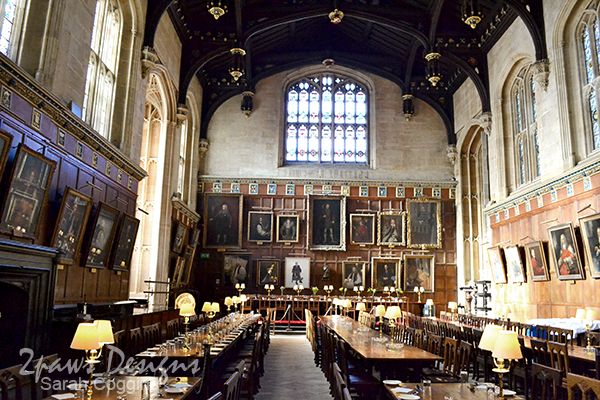 Part of the fun in Oxford earlier this month was learning a bit of literary history. Several famous authors and their stories have a tie to this beautiful city and the University.

On St Aldate’s St is a shop with a red door – Alice’s Shop. It’s where the real Alice, inspiration for Alice in Wonderland, actually shopped and the shop itself was the inspiration for the Sheep Shop in Through the Looking Glass. I did step inside briefly to look around (no photography allowed) and it was full of Alice in Wonderland related items. Across the street from Alice’s Shop is Christ Church where her father was once dean, and Lewis Carroll a student and teacher. Inside the Great Hall at Christ Church is a blending of two fictional worlds – Alice and Harry Potter. Alice came first. The long neck brass firedogs that can still be found in the fireplaces – remember how Alice’s neck grew after she ate a bite from the cake marked “eat me”? These were Carroll’s inspiration for that. A newer tribute to the author and story were pointed out to me by the Custodian on duty. A section of stained glass windows features Alice, Carroll, their characters and others in the stories including the White Rabbit and the Queen of Hearts. The Great Hall itself? A replica was created for Hogwart’s in the Harry Potter movies. Scenes in two of the movies were actually filmed in the stairwell that leads to the Great Hall. I took photos of this simply because I found it architecturally beautiful. Only later did I learn the bit of cinema history as I’ve never read the Harry Potter books nor seen the movies (perhaps I need to add them to my list?). Another tribute to Oxford’s history both fictional and nonfictional is told throughout the city in its gargoyles. They are everywhere and feature faces as well as animals and nature. More recently a new set was installed on the northwest side of the Bodleian Library that was the result of a competition requesting ideas from children to replace aging, deteriorated faces. The winning designs included a couple characters from Alice in Wonderland – the Dodo and Tweedledee & Tweedledum – as well as Aslan the lion from The Chronicles of Narnia. Narnia, too, has ties to the City and University as the author, C.S. Lewis, was a faculty member at Magdelan College. He also was known to spend time along with several other writers (the ‘Inklings’) at a pub that still exists today – The Eagle and Child. These photos and bits of stories are just the tip of my experiences in Oxford. Truly a lovely city rich in history.

If you could follow in the footsteps of a favorite author or character, who would you choose? 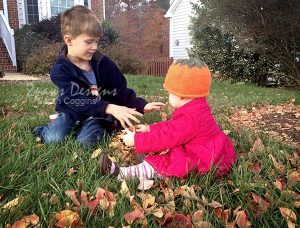 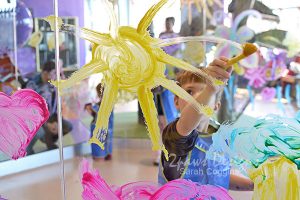