Dylan was given a balloon by one of his friends following their birthday party recently. He absolutely LOVES this balloon. We literally had to pry the string out his hands the first night to give him a bath and put him to bed. Each morning when we get downstairs, he breaks into a huge smile and giggles when he spots it. Once he gets ahold of it, he will usually crawl all over the place holding onto it which is what led to this story….

Dylan, of course, can crawl easily through his tunnel. What he didn’t realize is that taking his balloon through with him was not as easy. I watched as he began his journey with balloon in tow: As he reached the other side, he realized the balloon wasn’t quite there and gives a tug on the string: The balloon made it into the tunnel and stopped. Puzzled, Dylan examines the string trying to figure out what to do: With a little encouragement from mom, Dylan soon figures out what to do and frees his balloon: 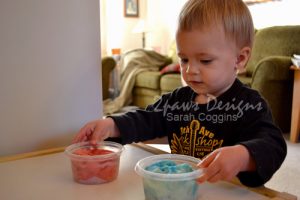 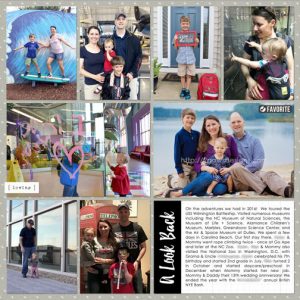