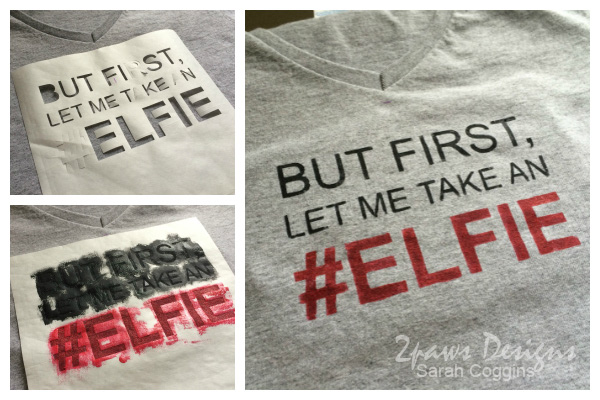 Yes, the title is correct. Some of our friends throw an annual holiday party. It’s always been in December until this past year when the party was postponed to allow for the completion of their basement renovation. Thus, we celebrated in April. Celebrating the holidays after the New Year ended up being a fantastic idea. The stress & busyness of the season was gone. And so was the cold. Sort of. While we had had quite a few hot spring days prior, the weather that particular Saturday was chilly and overcast. Almost like Mother Nature knew and was helping us *feel* in the mood.

The cool helped me with dressing the kids because, of course, we had to all dress to the holiday theme. I had long sleeve holiday shirts for both in the backs of their closets. Items I’d found on clearance after the season. Our son wore his although it was a tad big (it says small on the tag, but I’m think it must be an adult small?). Our daughter’s was way too big (size 3T) but a quick trip to Carter’s and I scored on a 2T long sleeve Christmas shirt for $2 literally the day before. It’s plenty big enough she’ll be able to wear in again 7 months. I paired it with her cute velvet skirt I found at consignment for her Halloween costume last year. Trent had a fun Star Wars holiday shirt we found at Target on clearance in January. Then there was me. I was coming up empty handed and, well, wanted something fun too. So, naturally, I made myself a shirt the morning of. Because, yes, that is the kind of crazy thing I do. Not a first either. I did actually buy the plain gray t-shirt at Michaels the day before. I had one idea to make an “ugly sweater” sort of shirt, but quickly switched gears to something simpler. Especially after I procrastinated until the morning of the party! Instead, I used freezer paper and my Silhouette to make a quick stencil that read “But first, let me take an #elfie.” I painted the wording in using black and red fabric paint I already owned. Used the hair dryer to speed up the drying process (trick I’ve learned because I never seem to have 4 hours to let these sit to dry). And, ta-da, I was party ready for $4. I also now have a shirt I can wear again for future Christmas fun.

Naturally, I made sure to take a selfie using my selfie stick at the start of the party. 😉 Have you ever celebrated a holiday out of season?

This post contains affiliate links and I will be compensated if you make a purchase after clicking on my links. Thanks for supporting my site! 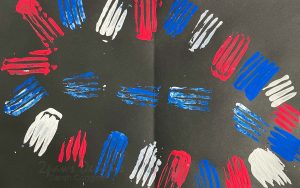 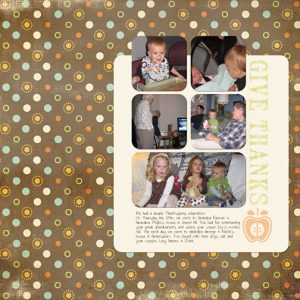