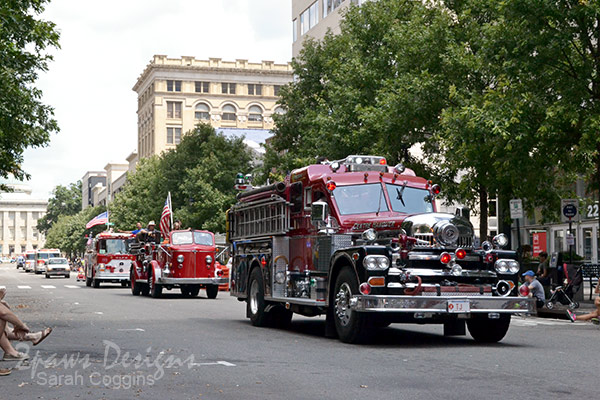 On Saturday we headed downtown for the annual North Carolina’s Main Street Fire Truck Parade. Dylan enjoyed it when we first went in 2013, but somehow we missed it last year. Earlier in the summer I searched for this year’s date and marked it on the calendar. Thankfully the weather was perfect – warm, but not too hot in the shade of one of the taller buildings along Fayetteville Street. This is a short parade and not crowded so we literally walked right up at noon and found a spot just two blocks south of the State Capitol and start of the parade route. Dylan was into it. Checking out the trucks and waving at the firemen riding inside. Elise was wide-eyed the entire time taking in the people, vehicles, and lights (thankfully, they didn’t have the sirens on).

Afterward we visited the City of Raleigh Museum and not 1, but 3 city parks! We were late picking up a Raleigh Parks Passport in mid-July. The goal is to get stamps from at least 5 of the 10 parks listed inside. Thankfully they extended the timeframe into August giving us time to get our stamps.

Although we’ve been to most of the parks in the past, we’d only managed 1 listed in the Passport during July while taking Dylan to swim lessons. He asked to visit 4 this weekend. I thought that might be pushing it, but, with all in good spirits on Saturday and realizing how convenient 3 stops (the museum was one) were to downtown plus 1 park on the drive home – why not make a day long adventure of it? #Summerinthemoment and all that, right? 🙂 Especially when we have our secret weapon for a tired little one – that LÍLLÉbaby sleepy dust. Elise took her afternoon nap snuggled up against me (arms straight up!) in her carrier while I wandered around Mordecai Historic Park taking photos. I realized the last time Trent & I visited this park we were pre-kids and taking in the Christmas decor! Talk about time flying while having fun. Hopefully we’ll get back before another 8 years passes.

What adventures did the weekend take you on? 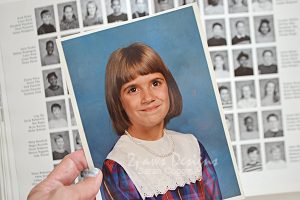 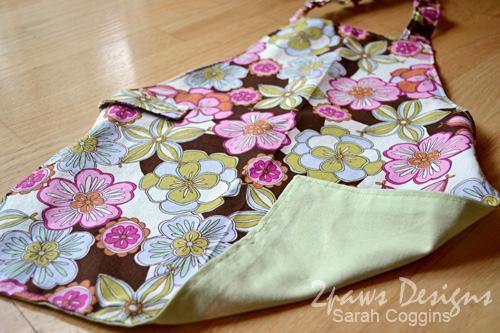