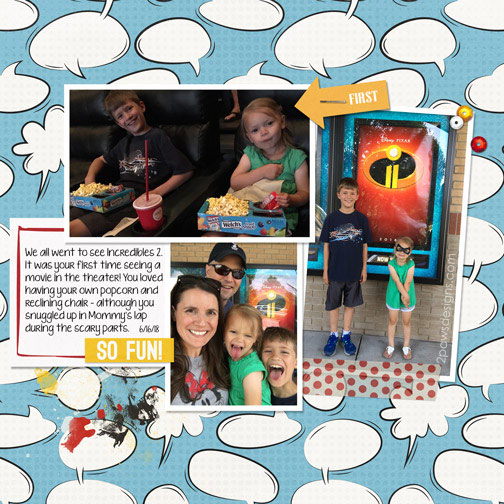 Last week I purchased tickets for the 4 of us to see Incredibles 2 at the theater on Saturday. It was a big milestone – the first movie in the theater for our daughter. Her brother’s first movie was right around his second birthday. We took him to Cars 2 and had to leave halfway through. As much as he loved Cars, the sequel just wasn’t as entertaining to a 2 year old. We had success a few months later when my mom, brother and I took him to see The Muppets Movie.

Lesson learned. I didn’t want to spend money on tickets for our family of 4 only to leave a theater early. So we’ve waited and waited for the right time and right movie. Admittedly, I thought it would be a princess movie. Instead, we ended up at a super hero movie dominated by a female lead. A pretty cool thing.

Only after buying the tickets did I read any reviews of the movie. I shouldn’t have. They caused me to unnecessarily worry that we’d make a mistake. The tiny bit of “language” flew over my kids’ heads and one comment by Frozone (“What the …?”) nearly went over mine. It only stood out to me because I had read that it would happen.

The movie did have some dark parts (what Disney flick doesn’t?). My daughter climbed over her armrest and snuggled up in my lap during those parts. But, overall, she really enjoyed it (we all did) and was chatting happily about it afterward. Getting her own popcorn and drink were big highlights too.

What movie was the first in a theater for your kids? Or do you remember your own? 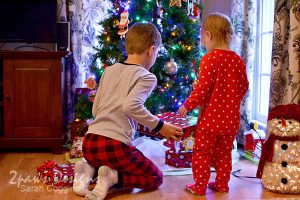