We hit a major milestone yesterday – forward facing in the car seat. Our son didn’t quite weigh enough after his 12 month checkup to turn around. He had to weigh at least 20 pounds and came in at 19 pounds 6 ounces. Yes, a mere 10 ounces shy. The pediatrician told us to wait another month. Honestly, I wasn’t too unhappy because I still feel like he’s safest rear facing and the seat in my car is still that way.  But … he had received a second car seat as a birthday gift from grandparents. When I visited the local fire department to get it installed in Trent’s car (the day before the doctor’s appointment), I had them put it forward facing knowing we were getting close and it would be easier than having to pull it out and reinstall so soon.

Yesterday Trent wanted to take hm to the library and we did a quick weight check on our scale – 20.7 pounds. (I’m blaming all that birthday cake!) So, we strapped him into his new forward facing car seat for the ride. Trent told me D was laughing for most of the trip. Sounds like he enjoyed the new view. 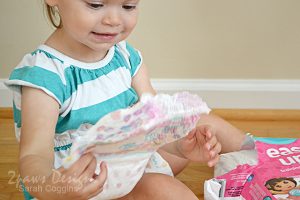 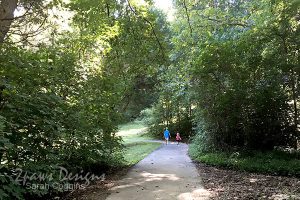 Take a Child Outside Week