Since I was making a gift for my sister last year, I thought I should make my brother’s as well. The first half of his gift was a sketchpad I decorated. It was inspired by Mod Podged Notebooks at the Crafting Chicks.

I scanned in a photo of him from the early 90s. Edited it in Photoshop using Totally Rad Bitchin B&W and Coffeeshop Vintage actions. Printed it onto white cardstock. Then I roughed up the edges with my edge scraper. I used Mod Podge to adhere a patterned paper I had cut to size and the photo to the cover. Then added another layer on top to seal it all. 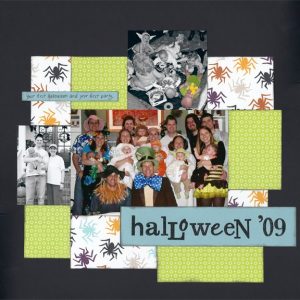