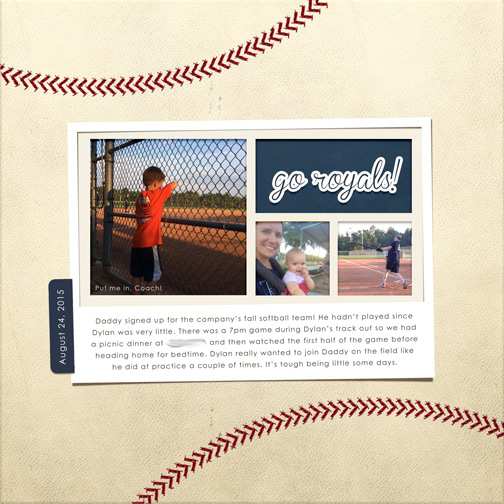 Trent has been playing on his company softball team the past two months. Unfortunately the game times are usually too late for the kids to watch. One game was early (7pm) while our son was on his track out break in late August so I took the kids to the park for an early picnic dinner and to watch the first half. Our daughter wasn’t sure what was going on. She was mostly content facing out in the Líllébaby on me while I sat on the bleachers to watch and cheer.

Our son spent a good part of the game glued to the fence. He so badly wanted to join the softball team out on the field. I had to explain that while he had been able to get out there during practice, the games were “adults only” and not really safe for a 6 year old. It’s tough being a kid sometimes.

This also started the conversation of team sports with us. We haven’t signed him up for any yet. If you have kids, what age did you start team sports?