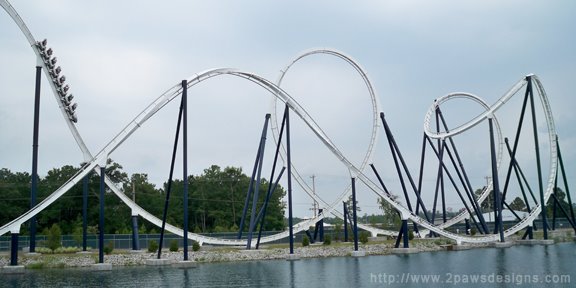 All work and no play isn’t any fun. We had already planned to spend this weekend at the beach before the bathroom fiasco. Since we managed to make so much progress, we packed our bags and headed south to spend the weekend playing just has hard as we had worked.

Saturday we went to the new Hard Rock Park in Myrtle Beach, SC, to do just that. 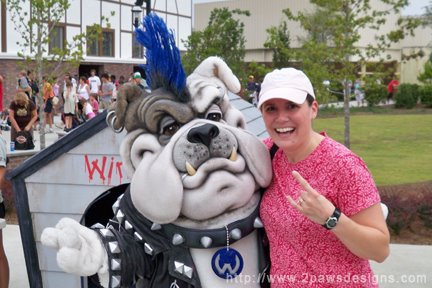 Not sure if it’s the economy or lack of awareness of the park (several people we mentioned it to before the trip said, “Where?”) – but Hard Rock Park was nearly empty which was great for us. Lines for rides were short and good show seats were easy to grab five minutes before starting time. 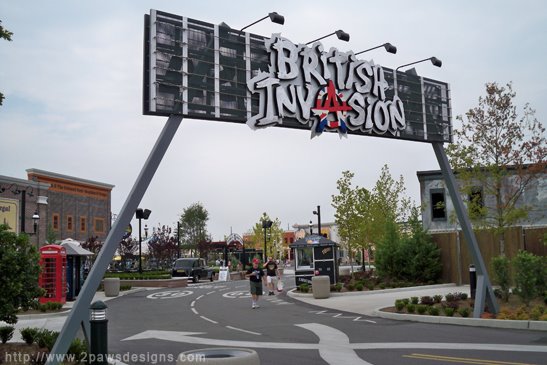 We rode this coaster (Led Zeppelin – The Ride) twice. Both times I let out blood curling screams for the entire ride.

There are cameras in front of every seat so you can purchase a video after the ride. We probably should have – my terrified expressions were hilarious.

Other rides we enjoyed were:

We saw all 3 major shows (Roadies Stunt Show, Country on the Rocks & Malibu Beach Party) as well as a few street shows. 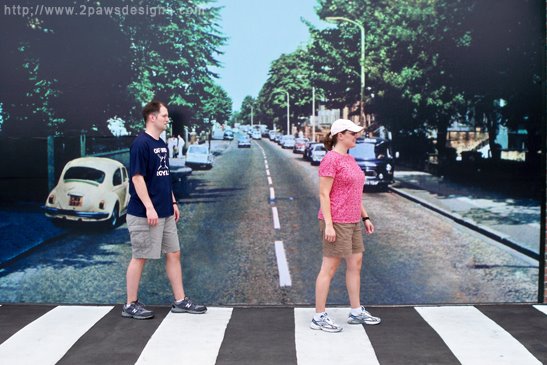 The park had ample souvenir opportunities. I opted for just one – a pin to add to my collection of Hard Rock Cafe pins. This is my first one featuring a roller coaster. And, of course, I took plenty of photos to scrapbook. My favorite souvenir regardless where we go.

We did take a true break and ended our trip with a day at the beach. It was exactly what we needed following a long week. 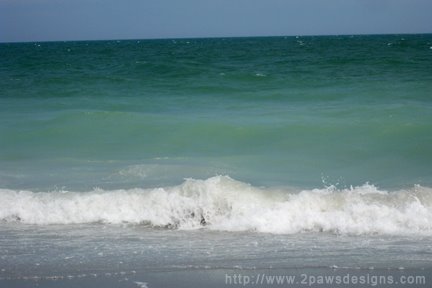 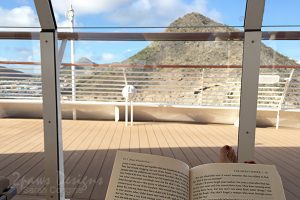 I Survived: A Week Off the Grid