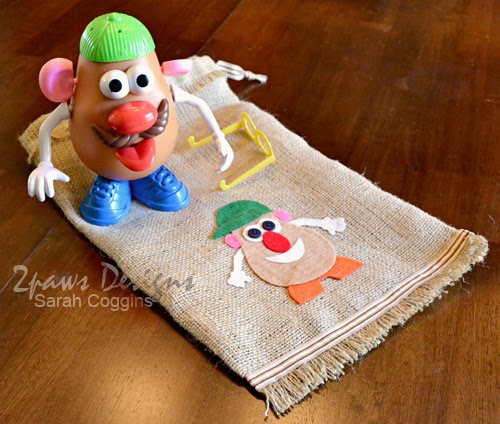 One of our son’s gifts from Santa this year was a Mr. Potato Head. Given he only has the basic kit so all the pieces fit inside the potato, but the “trunk” never seems to want to stay closed. When I saw an idea on Pinterest to make a burlap bag to store Mr. Potato Head and his parts, I knew I needed to make one. Lucky for me, I had burlap on hand bought for another project before Christmas that never came to. It then took on life as a tree skirt (we had forgotten we needed a new one until the tree was up. I really want to make one vs buying another so I wanted an easy cheap fix this year – duct tape & burlap cover a tree stand nicely!). Now that our tree is down, and with a goal to make a new tree skirt by next Christmas, I was willing to cut up the burlap for this new project. In a short time with my son working nearby at his craft table on a Play-doh project, I sewed up the bag using the burlap and leftover ribbon from his toddler belt. I later added the felt Mr. Potato Head during his nap time. Now all the pieces store nicely and we can toss the bag into his toy box. 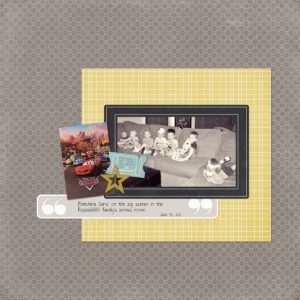