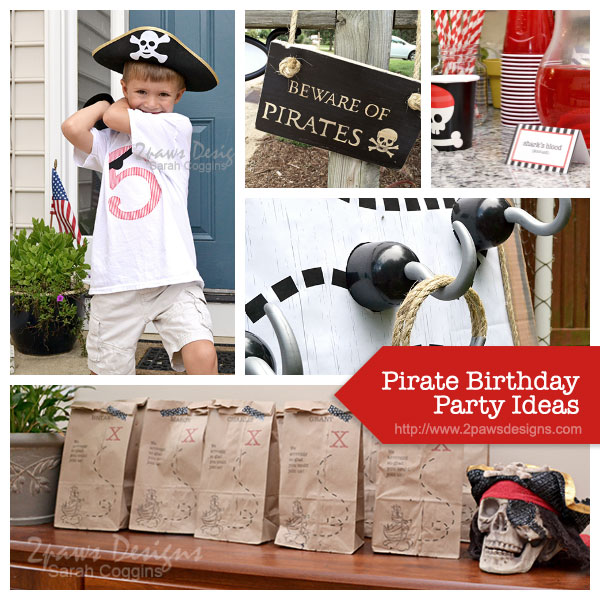 Over the weekend we celebrated our son’s 5th birthday with a pirate themed party. We had debated a couple of different themes throughout the year, but after my cousin’s wife shipped us a box of leftover pirate birthday goodies – we made our decision and started planning.

I ordered Pirate Ship invitations from Tiny Prints and then created my own return address labels and “no gifts” cards in Photoshop. [Our playgroup alone now has 12 kids with birthdays covering 10 months of the year and we all agreed that our kids have enough ‘stuff.’ We’d rather get together to celebrate and spend time – no need for more gifts.]

After the invites went out, we began prepping for pirate fun! Part of the simplicity of this theme – I dug out some of our Halloween decorations a bit early and mixed in a few other items like our son’s Pirate Mickey Ears from Walt Disney World and a new pirate flag I made.

Our guests were greeted by a ‘warning’ sign at the mailbox: Beware of Pirates. It was an easy DIY project I created using items we already had (find tutorial here).

We had planned a few outdoor activities and we were thrilled the morning was overcast and cool (70 degrees in NC in mid-July?? We’ll take it!). We set up a simple walk the plank using a 2×4 and ‘water’ made from a dollar store tablecloth.

The inflatable crocodile was a purchased from 5 Below and the kids loved it. Poor croc was drug into the top of the playset on the opposite side of the yard and tossed overboard! They also played a hook toss game (idea and free printable from Fleece Fun) as well as made cork pirate ships to float in a small pond.

We had purchased some plastic gold doubloons to hide in the sandbox for a treasure hunt, but a major rain storm on Tuesday left the sandbox a wet mess so I decided to toss that idea. Really, with the couple of activities plus the playset, toys inside and each other, the kids ages 5 and under were well entertained for the 2 hour party.

Of course, we had snacks – pirate themed snacks. Our menu:

I made the food labels in Photoshop the night before. Literally a last minute, quick project.

The cupcakes I made this year. I love doing mini cupcakes for the kids. Perfect size. Our son’s current favorite colors are blue and orange. When I spotted blue velvet cake mix in the grocery store, I knew it would be a winner with him. I finished them off with white vanilla icing, red sprinkles and a few pirate cupcake flags.

As the kids left, they each picked up a goodie bag with their name on it. I used simple sandwich bags again (love this inexpensive idea – see how I used them for his Cars and Blast Off parties) and created a map design based on this pin on Pinterest. I created mine in Photoshop and ran the bags through our inkjet printer. After filling with goodies, I folded over the top and sealed with washi tape.

Our pirate birthday party was a lot of fun! After everyone left and we tidied up a bit, all 3 of us took it easy the rest of the day. Oh, and our son informed me that next year he wants a superheroes party. Already has a plan for year 6. Pause please – let’s enjoy age 5! 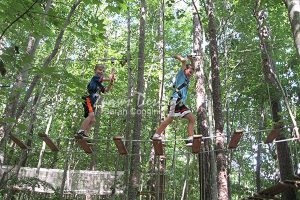 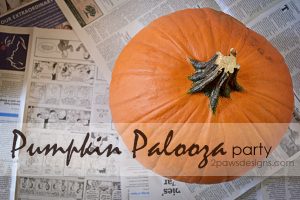 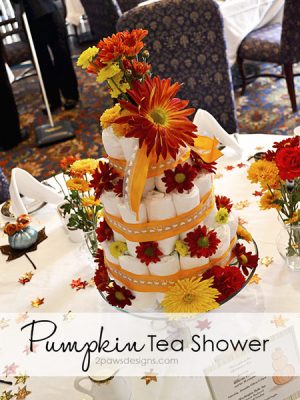