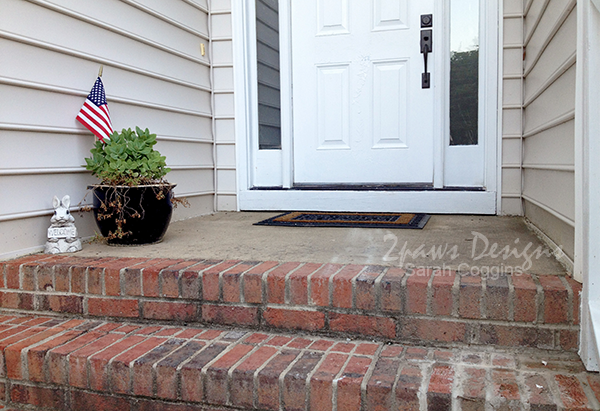 We finally checked off the remaining big item on our house “to do” list. We still have quite a list, but it’s all cosmetic now thank goodness.

Our front door and porch are inset and do not have a roof overhead. This isn’t a big issue except that the concrete settled over the years toward the front door resulting in a nice puddle in front of it every time we had a decent rain and water seeping into the garage. It appears someone attempted to fix it before us, but it didn’t work.

I originally tried to hire someone to remove the concrete slab and completely replace it. He came, took measurements and I never heard from him again. I gave up after two attempts calling myself. My best guess is that the job wasn’t large enough. So the project temporarily hit the back burner.

Then, a few months ago we learned of a local company that does repair work. They did come, gave me an estimate and even drilled a hole in the porch to send a camera down to ensure they could do the work before starting. The process involved drilling a single hole (same hole used for the camera) and pumping polyurethane blow the slab to literally pump it up.

Admittedly, I wasn’t completely sure about the process when I first heard of it. Luckily, I work with geotech engineers and asked the opinion of one. He assured me it would work. So I agreed and have to say I’m happy with the results so far. The work was just completed on Monday, but that evening it poured rain. Trent, D & I all stood with the front door open for a few minutes watching the rain fall and drain down the front steps toward the yard – not back toward the house. It was a nice sight after months of seeing it running the other direction and worrying about water damage to our home.

Next up, powerwashing. We’ve been holding off waiting for the pollen to pass (check) and the porch repair to be completed (check). 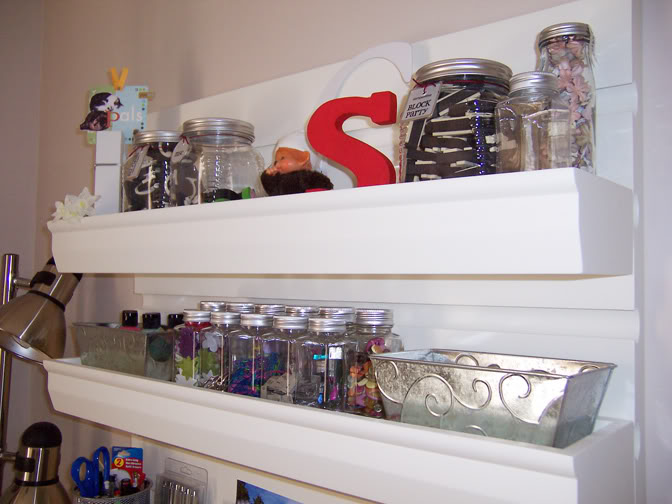