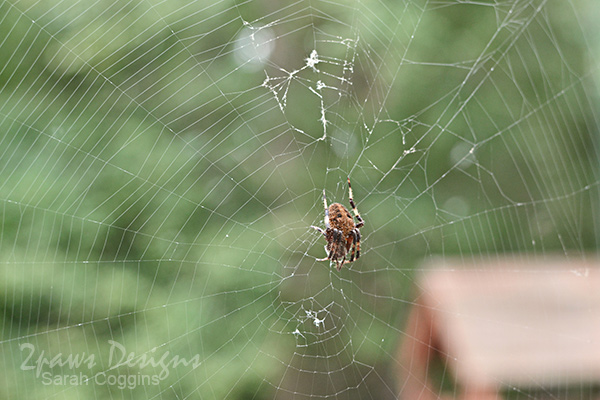 It seems rather appropriate to start off the month of October and Halloween sharing a photo of a spider. I found this particular one just outside our kitchen door on Monday afternoon. The web filled the entire upper half of the doorway. Quite a feat considering it wasn’t there the day before. After searching online, I believe it’s a Neoscona crurcifera (Spotted Orbweaver). I left it alone until late afternoon when I went around back to clear the web so we could use the door again. After reading up about these particular orbweavers, that might not have been necessary. Apparently they take their webs down each morning by eating them. I certainly never would have expected that! Next time, I’ll wait and see what happens.

This was also one of my first photos with my new 35mm lens. An unexpected purchase last weekend after my 18-55mm appears to have been damaged. After several days of blurry, out of focus photos, I was worried there was a problem with my camera, but quickly realized that the lens was probably the issue instead as photos with my 55-200mm lens were fine. Looking at the 18-55mm, I can see a bubble inside the front. I’m not sure how or what might have caused it. Fingers crossed that it might be fixable as I do like that lens. In the meantime though, I had to have a functioning lens that I could use without standing across the house. 😉  I took the opportunity to purchase one of the lenses off my wishlist. Still adjusting to using the 35mm, but I’m loving the control I have over the photos.

What’s your favorite lens to use?

This post contains affiliate links and I will be compensated if you make a purchase after clicking on my links. Thanks for supporting my site! 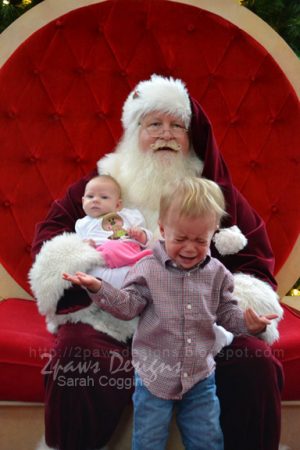 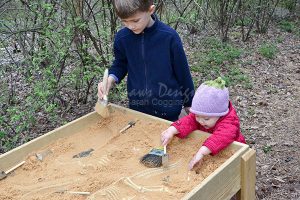