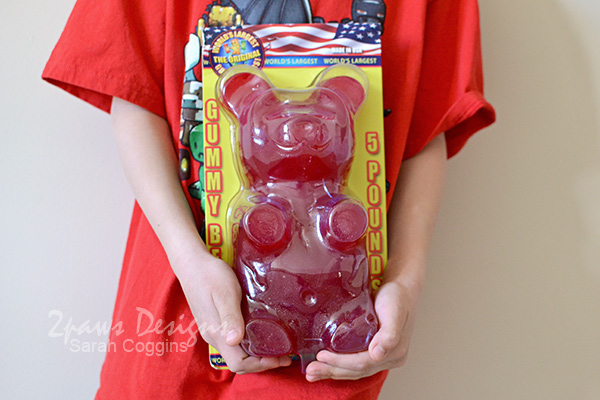 Have you ever seen a 5 pound gummy bear in person? It’s pretty impressive as it should be given it carries the title of the “World’s Largest Gummy Bear.”

The company is located here in Raleigh and also sells other giant dummies including snakes, worms, and gators. We’ve visited the local candy store that is the official home to these large candy creations and taken a peek at the options several times, but never had one. Until now.

My son received a cherry flavored gummy bear as a gift from his uncle last week and was over the moon. It’s been interesting. The packaging states the giant gummy is approximately 51 servings. When speaking to an employee in the candy store a couple years ago, I remember being told that some people buy these instead of cakes for birthday parties – simply cut slices for each party attendee to enjoy. As for us, it’s mainly my son eating it (although my husband & I have both tried a small piece) so, after a week, only the ears and very top of the head are gone. It will be interesting to see how long it lasts … or if we tire of it before we reach the end. Five pounds of gummy bear is a LOT of gummy bear.

Have you ever tried an unusual candy treat? 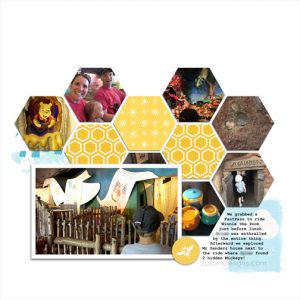 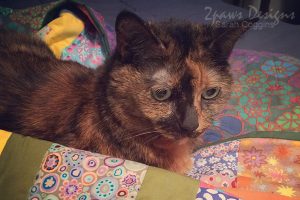