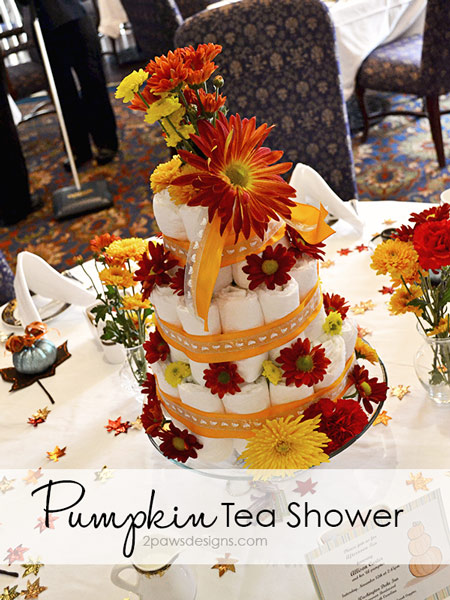 On Saturday my playgroup moms had a shower for our friend Allison who is expecting her second son in mid-December. We really enjoy tea time (Tea & Trucks Baby Shower and Afternoon Tea) and with a small party of 7, decided that an afternoon tea at the Washington Duke Inn in Durham was the perfect setting. Afternoon tea there is elegant on its own, but this was a party so we added a few little fall details with a pumpkin theme. The place settings were little pumpkins painted in glittery blue spray paint topped with ribbons (credit to Stacey for this incredible idea and making them reality!). Each also had a small tag attached with a ribbon. The tags initially marked each seat but then were used to mark our tea pots so we could easily tell which tea was which. The seat of honor was designated with balloons. Alicia worked her magic again and made a spectacular diaper cake that functioned as the table centerpiece as well as a wonderful gift. The favors were cookies with little pumpkins on them of course! (Lauren is a whiz in the kitchen!) Finally, the invite. Ok, confession, I only made one and it was strictly made as a keepsake for the little guy’s baby album. We’re all very much looking forward to meeting him in just a few short weeks! 🙂 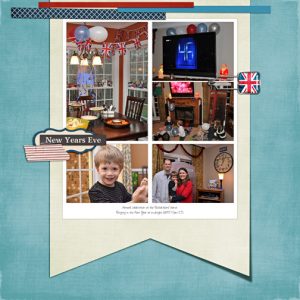