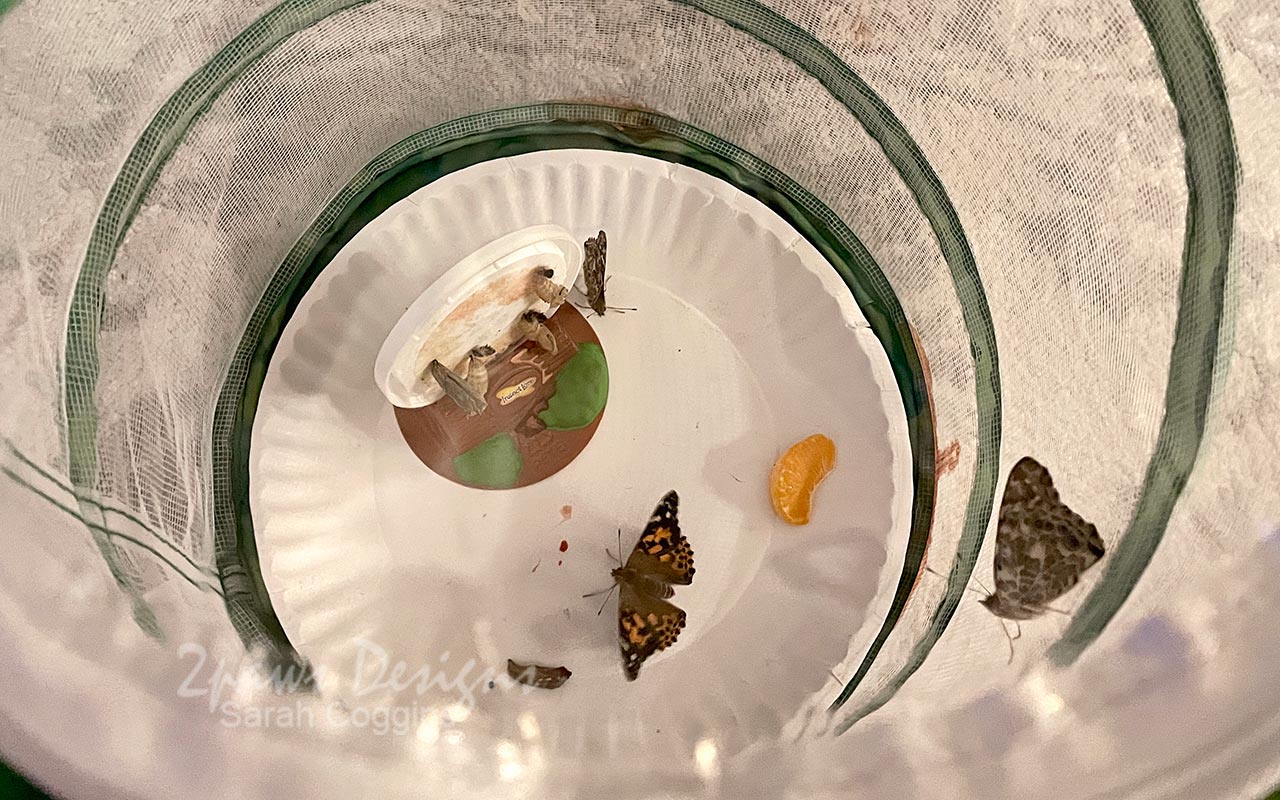 Our son has been working hard the past 2 years taking a number of BSA merit badge classes. Last fall, one of those classes was about insects and included a requirement to raise one through complete metamorphosis. An option to fulfill this requirement was raising butterflies from caterpillars. We agreed to hold off on this until spring so our butterflies would have the best chance of survival.

I did go ahead and purchase the butterfly habitat in the fall. I found a simple pop-up design that stored easily until we needed it. The habitat also came with a code to order a free jar of caterpillars (just pay shipping costs). I used this when I ordered the caterpillars in early March.

Raising butterflies starts with caterpillars. Our caterpillars arrived within a few days of placing the order. The box was clearly labeled and we followed the tracking so they wouldn’t sit for a long period inside our mailbox.

Inside the box was the jar containing 5 caterpillars + food, a plastic log to use in the habitat during the chrysalis stage, and a packet of wildflower seeds. We removed the jar and set the rest of the items away for later.

Having a curious cat, I was cautious where we put the caterpillars. They needed to be out of sunlight and any drafts, but we also didn’t want them to be knocked around by our cat. Thus, we opted for the mantel right next to our LEGO Mini Disney Castle. This would keep them safely up out of Bertie’s reach, but still viewable for us as the caterpillars grew.

All 5 caterpillars were pretty sluggish after their arrival, but by the second day all were actively moving around the jar. It was interesting watching them crawl around and make webbing. I had no idea caterpillars did this. They were also slower in general than I anticipated.

They did grow rather quickly though. The difference between day 1 and day 10 was enormous.

The two caterpillars picked spots on the lid and got into the ‘J’ position at day 10. Thankfully I was working from home so I got plenty of opportunity to take a peek and make photos/videos to show the kids later. It was impressive how quickly the chrysalis happened.

Within 2 days, all 5 were in their chrysalides. One fell overnight and we found it laying in a small hole in the remaining food at the bottom. I had read that this wasn’t uncommon so we let it be.

On Day 14 we carefully removed the lid to the jar and tilted it into place in the plastic log. We put the entire thing onto a paper plate at the bottom of our butterfly habit. The fallen chrysalis we gently removed with a plastic spoon and placed near the others.

Then the watch continued.

We knew to expect our butterflies to emerge after about a week in the chrysalis stage. Sure enough, at day 20, the first butterfly emerged and surprised us. I had literally checked on them about 2 hours before and all was still. It was exciting to peek again and see a butterfly stretching its wings!

Over the course of the day, 2 more butterflies emerged. The fourth would follow the next morning.

The one chrysalis remaining was the fallen one and I wasn’t too sure what to expect. We noticed that it was darker and color and, unlike the others, we could not see the wings through it. Apparently it was tougher than we thought. While we were out on a walk and the kids collecting flowers to put inside the habitat for the butterflies, the final butterfly did in fact emerge!

It had one slightly curled wing so my son gently helped it to the edge of the habitat. It climbed up and began to stretch and dry out. Within no time it was a perfect match to the others.

We kept our butterflies for several days – letting them grow, enjoying watching them, and keeping a close eye on the weather. We wanted to give them the best possibility of survival we could. I also did not want to keep them long enough that they would start mating. Raising was fun. I didn’t need 300+ eggs!

Our plan early in the week was to release on a Wednesday afternoon. The weather was going to be much warmer that day than the previous days. Unfortunately, stormy weather began to show for Thursday so we opted to keep the butterflies another 48 hours. This was a good choice as Thursday did in fact bring rough weather including a tornado nearby – not exactly ideal weather for new butterflies!

Friday afternoon, thankfully, was beautiful. The sun was shining and our butterflies seemed excited as we took the habitat outdoors in preparation for their release.

One did manage to sit on my daughter’s fingers long enough for a short video, but the rest took flight to freedom quickly!

After our butterflies left, I wanted to clean the habitat before packing it up. I didn’t find any details online so I took a chance with a sink full off lukewarm water and Dawn dish soap. I simply submerged the compressed habitat and let it soak for about 30 minutes before rinsing thoroughly. I then put it on our porch to air dry in the sunlight.

This worked perfectly. There were red stains around the netting from the meconium expelled when the butterflies emerged. After washing, the stains were gone and the habitat looked like new again. For now we’ve packed it back into its original box to save in case we decide we want to try raising butterflies again. All in all, it was quite fun and enjoyable for the entire family. 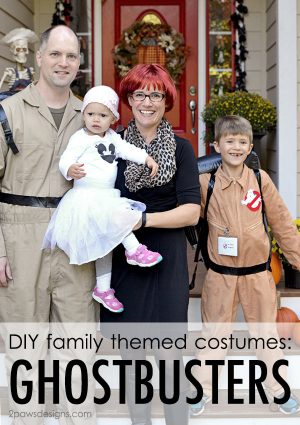