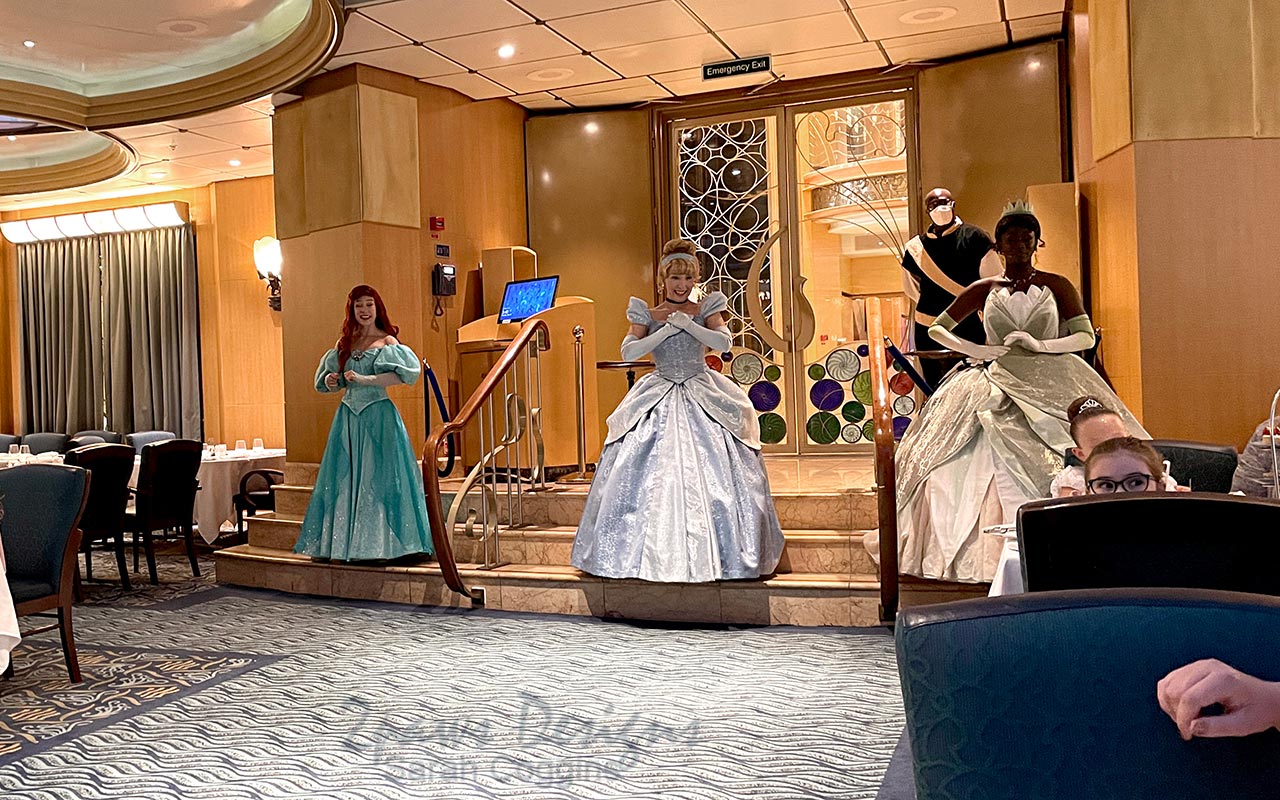 When our Disney Cruise to Alaska was postponed for 2 years, I started further researching and planning for a few extras that we had not originally considered. One of these was the Royal Court Royal Tea. I thought it would be especially fun for my daughter’s first tea experience and with my mom also attending.

Royal Court Royal Tea guests began to arrive in the Atrium outside of Triton’s just before our scheduled tea time. We were welcomed by Lady Chamomile and invited to come inside.

Each family was asked for names as they entered the restaurant. Then led to tables set up for their party.

Each child attending the Royal Court Royal Tea receives an assortment of gifts. Ours varied slightly from what was listed in the activity description. My daughter received:

The food was brought out in an elaborate song and dance reminiscent of Beauty and the Beast. The children all received apple juice in their tea cups which was a big surprise. I had expected them to give the kids hot chocolate. My daughter was disappointed it wasn’t tea. I ended up sharing some of mine with her.

A three-tiered tray was placed in front of the girls at our table. It included exactly 3 of each item which seemed perfect given we had 3 girls (my daughter plus 2 from another family seated with us).

Adults were offered a choice between two types of tea – herbal or fruit/berry. We expected our own tray of food and, after nothing arrived, another adult at my table asked. We then received a single plate for 4 adults with what looked to be the leftover sandwiches from the kids’ service. Later, a plate of scones was brought to us. The consensus at our table amongst the adults was that this was incredibly disappointing given we were paying for each of us to attend. We expected a higher quality of food and service for the entire table.

We had 3 princesses visit during the tea – Cinderella, Tiana, and Ariel. Given we are still in the early stages of cruising resuming due to the pandemic, the princesses stayed in the middle aisle and greeted the children from a distance. I did appreciate that they went slowly through at one point to say a quick hello to all.

At the end of the tea, the princesses got into position in front of a large backdrop for photos. Guests were invited one table at a time so the kids could have an opportunity to stand in front for a photo. Unfortunately, Disney did not have photographers on hand.

Honestly, this particular activity was a disappointment for me and one where I truly felt I had wasted money. Maybe it’s changes since the pandemic. Maybe I was just expecting too much. The cost when we sailed was $220 per child and $69 per accompanying adult. I could have spent far less at home for her first tea, but was looking forward to this milestone with the 3 of us and having the magical Disney touch. She did enjoy it which is what matters in the end, but this is definitely a one and done for us. 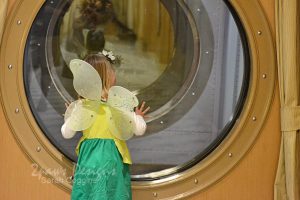 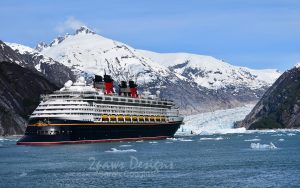 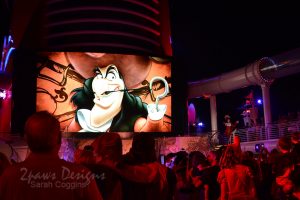