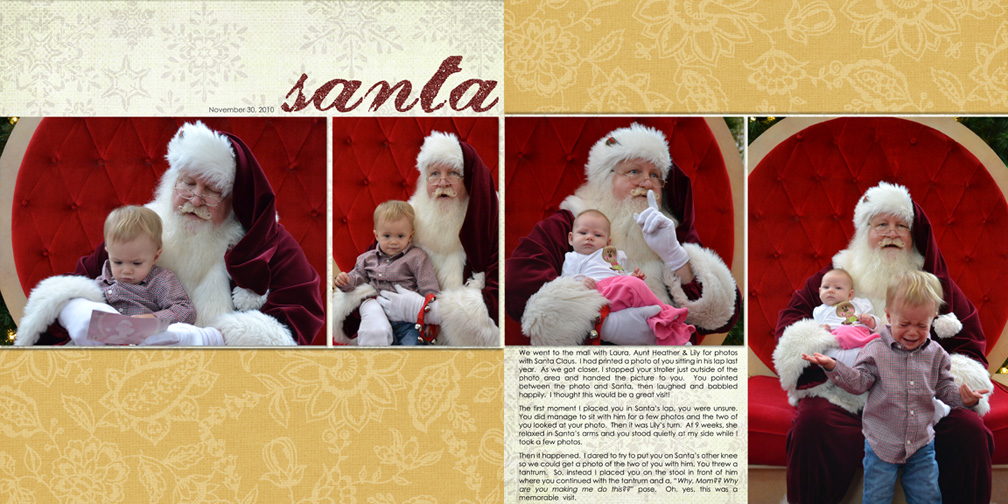 Ah, yes, the annual photos with Santa. Last year, my son was all smiles in line but when I put him in Santa’s lap, a bit of uncertainty crossed his face. He didn’t fuss, but I did not get a smile out of my child that up to then always posed and struck a big grin when he saw the camera (even if I wasn’t taking his photo! LOL).

Fast forward to this year. Trent’s cousin, his sister and I decided to meet at a nearby mall this past Tuesday for lunch and to get photos of D and his new little cousin, L, with Santa. We thought it would be so cute to have the two kids in one shot. I printed a photo of D with Santa from last year. Showed it to him that morning. Took it to the mall with us. When we arrived, I positioned his stroller just outside of Santa’s area so he could watch a few other kids. I handed him the photo, he pointed to it, to Santa and smiled & babbled excitedly. Oh, yes, this would be good!

Until we approached Santa. There was my boy from a year ago – not too sure about being put into this man’s lap for a photo. He did manage to sit for a few pictures. He and Santa even looked at the photo of the two of them. Then he happily retreated and stood calmly (now the fact he didn’t try to bolt should have been a clue!) beside me while I took photos of L with Santa. Then I dared to try to place him on Santa’s other knee so we could get a photo of the two of them. The tantrum struck! So I stuck him on the stool in front of Santa and, well ….  Why, Mom??? Why are you making me do this??? Definitely a memorable visit! Oh yeah, and we’re daring another try with Santa for a photo with his play group buddies today. LOL Should be interesting.  😉 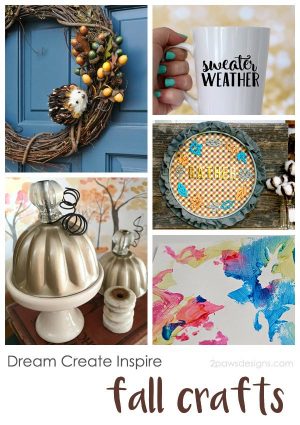 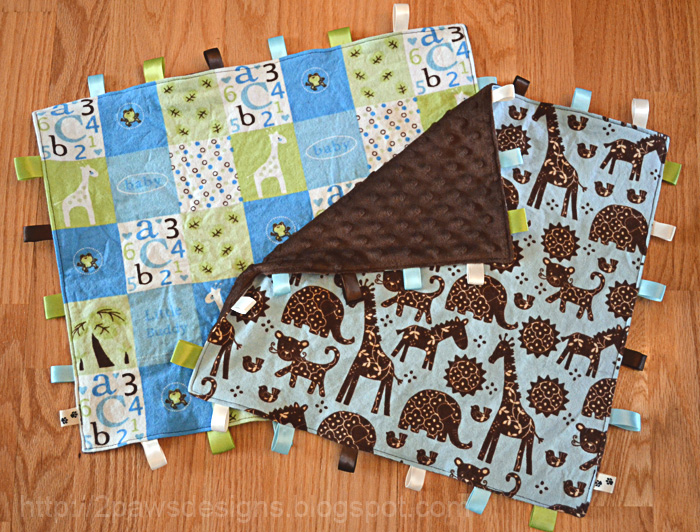 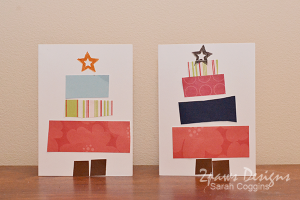