When I went to edit my Good Night photo, I was momentarily stumped.  It was one of my first in manual mode (trying hard to learn and become more comfortable with that over auto) and truthfully, I liked the softness.  That said, I forged on ahead and started working on adjustments beginning with the duplicate layer, high pass filter that Ashley has mentioned in the previous weeks.  From there, I started following along with the first half of this week’s tutorial.

I added a new adjustment layer for curves and bumped up the lightness ever so slightly.  Just enough that the texture in the lamp shade begins to show.  Added an adjustment layer for hue/saturation (hue: 0; saturation: -10; lightness: -3).  Merged all layers.  Then used the noise filter, median.  This was another setting I barely tweaked – 4 pixels – but it sharpened it up enough I think.  When I tried a bit greater, the image seemed too soft. I like how it turned out.  Still retained a bit of the softness and quietness of bedtime, but sharpened up a bit for clarity.  Then, purely for fun since Ashley’s second tutorial focused on bath time shots, I pulled out this photo I took earlier in the month of Dylan playing in the tub: My version of Photoshop doesn’t have some of the features her PSE has so I played around on my own starting with adjusting the levels.  Then I created a color balance layer (+1, -4, -12).  Cropped the photo to remove the bit of washcloth hanging in the top left (I just didn’t like the look of it!).  Merged all the layers.  Used the noise filter, median (3 pixels), as I did in the good night edit. I feel like the colors are still slightly off, but I like the overall look and brightness much better!  Definitely fun to play around with and I’m sure I’ll have more bath time photos in the future to edit!  🙂

Join in the fun with Forever’n Ever’n Always Photography and Ramblings and Photos: 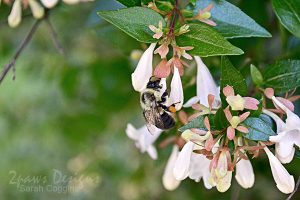