Two weeks ago, Dylan and I headed west on I-40 to visit friends. As we were approaching the exit for Fayetteville Road in Durham, something on the overpass caught my eye. I noticed it in my peripheral vision and, given that there are panhandlers regularly on the overpass above, I thought that was what I saw. Then I caught a better look as we cruised by and realized it was a statue. Weird. I assumed one of the panhandlers stuck it there. When I mentioned it to Trent later that day, he gave me one of those have you lost your mind looks. Fast forward to yesterday morning and watching the local morning news, Trent saw a report on the gnome spottings in Durham. Seriously. Perhaps his wife isn’t completely crazy. 😉 And there is even a blog dedicated to the mysterious little creatures – Durham Gnomes.

As it happened, we were going west to visit family and would be driving right by that particular overpass. The little gnome was still there. While Trent drove, I whipped out the camera and snapped photos. (Click to enlarge.) A crop from the photo above: Personally, I think he looks a bit like Smokey the Bear with his hat and what appears to be a shovel in his hand.

ETA: I owe credit to an anonymous commenter for noting the 2 small gnomes over the center bridge column. Here’s a crop from the second to last photo above: Purely chance I captured them even slightly in my photo as my focus was on Smokey. Now I’m tempted to drive that way just for another glance and wondering how many others I’ve driven past….hmmm. The comments also led me to this story – Gnomes on a Mission. Perhaps it’s the true tale behind why these creatures are appearing all over Durham? I haven’t a clue, but it certainly is entertaining and, yes, I’ll be on the lookout for others the next time I cross the county line. 🙂 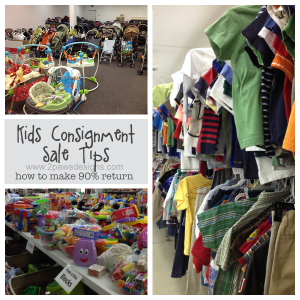 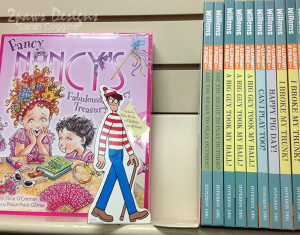