This month certainly hasn’t started off like I thought it would. I came down with a cold last Monday. I still have not entirely shaken it. By Friday, I had to take Chester to the vet as he was also sick. He’s still there with pancreatitis and an upper respiratory infection. Meanwhile Dylan began showing signs on Sunday that he had caught my cold. So he too is sniffling, coughing, sneezing, etc. I took him to the pediatrician on Tuesday to be sure that it was in fact *just* a cold and hadn’t progressed into anything else as he seemed worse. Thankfully, he’s now showing improvement although the doctor warned it could take 2-3 weeks for all the symptoms to clear up!

Yesterday Dylan and I went to the vet’s office for a bit to visit with Chester. Each day we kept thinking he might be home the next and, with Dylan sick, it had just been too much before then. Dylan was acting as though he was feeling better and was much less congested mid-day so I took the chance and off we went. As you can see, Chester curled right up in my lap while Dylan happily watched (he loves his cats): I petted Chester for a bit (and was covered in fur to prove it) until he jumped down and went to hide under a chair. I took that as the sign he’d had enough and was ready to rest. Gave him several kisses goodbye and took my other sick little boy home (who was ready to eat and nap by then).

Each day we hope it will be the day we can bring Chester home, but he’s just not quite there yet. He needs a little more care than I can manage right now with caring for Dylan’s cold. As much as I miss having him here, I know we’ve done the best thing having the vet care for him right now. 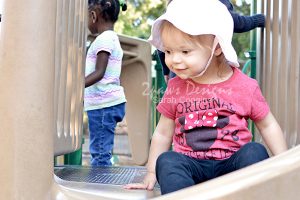