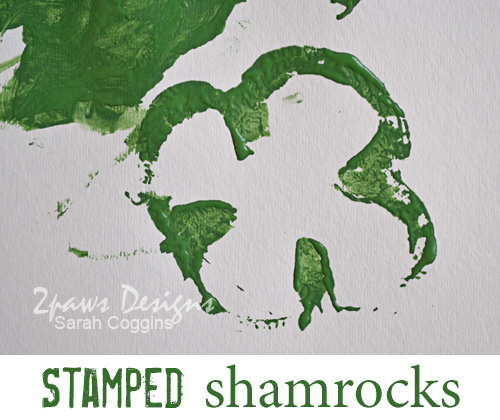 A St. Patrick’s Day inspired craft I’ve seen numerous times in the past is stamping shamrocks using a green pepper. I confess, the thrifty side of me hated wasting using an entire pepper for this so I cut off about 1/3 and then stashed the rest back in the fridge for dinner. The initial reaction when I handed my son the project supplies was confusion. I can’t blame him. Why in the world would mama hand him paint and a vegetable? So, I showed him how to dip the pepper into the paint and stamp a shamrock shape. He followed my lead, took the pepper and made a stamp all by himself. Then came the “oops” moment. What I neglected to realize until we were in the midst of the process is that a short stubby slick section of green pepper + paint getting on fingers = slimy and hard for him to pick up (me too for that matter). So after one awesome stamp by each of us followed by a second attempt by my son that resulted in a big paint blob over my stamped shamrock, we moved on to finger painting. Got to roll with the art flow here. Next time, I’ll let him have the whole pepper. 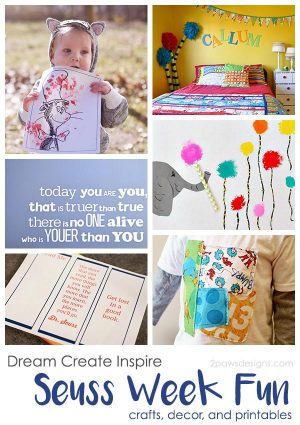