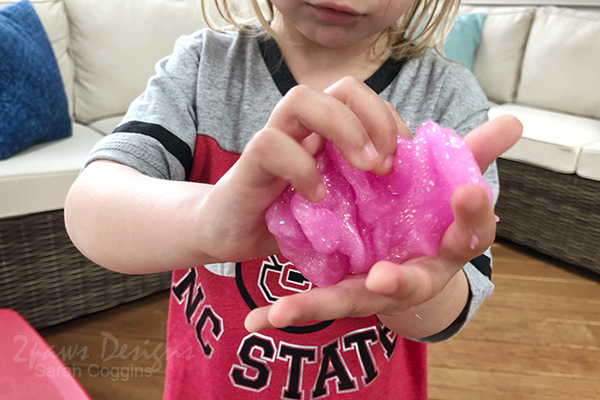 Somehow I’ve managed to stay out of the slime making world until recently. I’m not a completely “un-fun mom.” I’ve taken my son to the local craft store to make some during a “make ‘n take” event. He’s made slime at school and camp. Both kids made some slime during a Cub Scout event in February (that particular slime recipe resulted in super sticky slime that hit the trash immediately after thankfully). But during a trip to the craft store with my 4 year old daughter, I caved and purchased pink glitter Elmer’s glue specifically to make slime with. 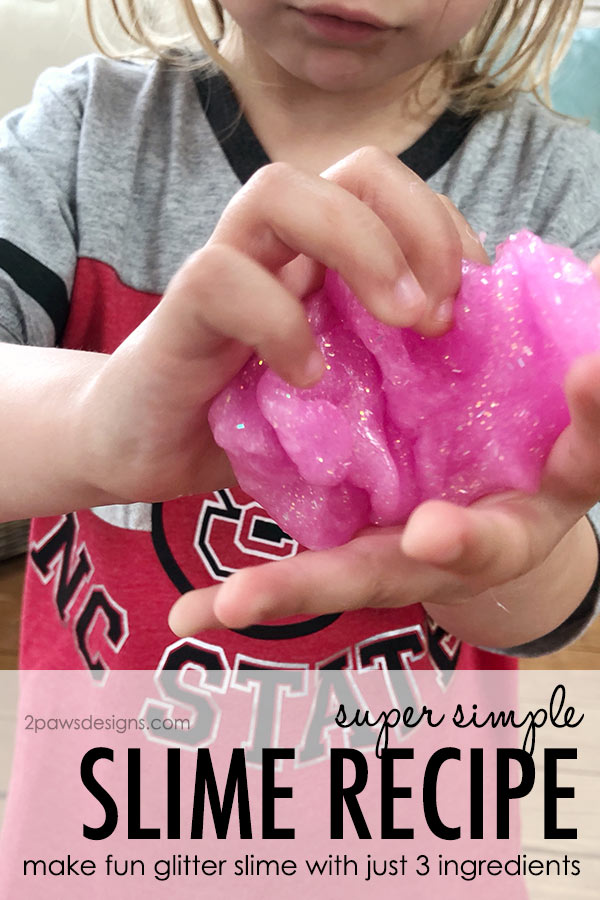 We tried our hands (pun intended) at this very simple slime recipe and had great results. 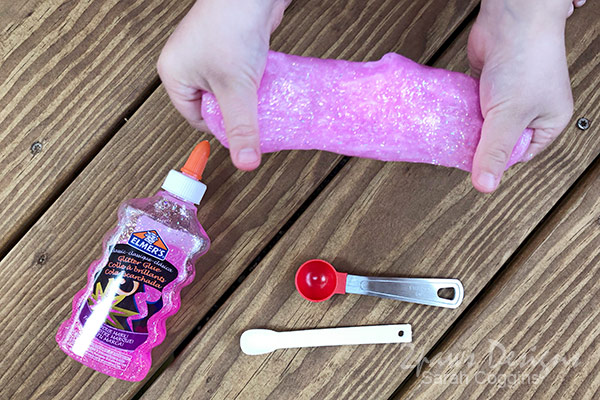 Step 1 Pour the glue into a bowl or cup. We used a disposable red cup and poured in about half of the bottle leaving us glue to make more slime another day.

Step 2 Add baking soda to the glue. Stir to mix the two ingredients.

Step 4 Use your hands to knead the mixture. If it’s sticky (ours was very sticky), squirt in a little more of the contact lens solution. Knead the slime mixture some more until it has a nice, smooth feeling.

That’s it! Making slime is really that simple. Now have fun playing and remember to stash your project in a sealed container to play again later.

Have you made slime?

A Birthday Full of Cars