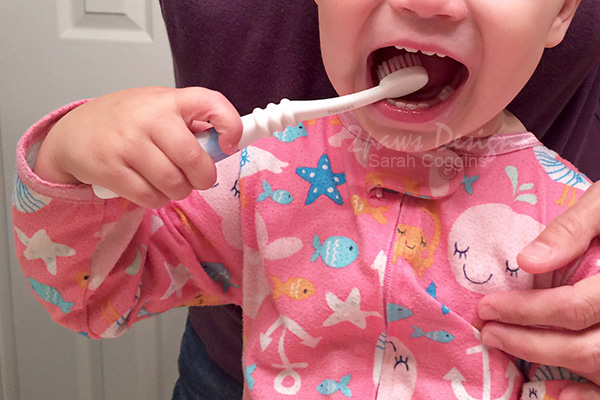 This post has been sponsored by Orajel™. All opinions are mine alone.

I saw a posting in an online mom’s group recently asking who really brushes their toddler’s teeth. The poster’s child is close in age to my daughter and battling against having teeth cleaned. Thankfully, most of the moms responded saying they brushed their toddler’s teeth at least once a day, but some admitted to rarely ever. The latter is really concerning especially when shared with the “they are only baby teeth and will just fall out anyway.”

I know firsthand that brushing a toddler’s teeth can be a challenge, but it’s worth the battle to help protect their health now and in the future, and to teach them healthy habits that will last them a lifetime.

Here are my tips for making toddler brushing easier:

Let’s be honest, kids know fun and what they like from a very early age. Even though she’s never seen the TV show, it just took a couple of books and small pony toys for Elise to like My Little Pony. Having a toothbrush and paste with the same characters? Super fun. Kids thrive on routine so make sure brushing teeth is part of the daily routine. In the mornings we often brush immediately after breakfast. At night, the kids brush after they are bathed and in pjs. Elise knows our evening routine so well that she will run back to the bathroom after I’ve put on her pjs and, once I lift her to the counter, will even grab her brother’s toothbrush and Orajel™ Spider-Man™ toothpaste to hand to him. Then she watches to see that he brushes his teeth. [Another tip for parents with more than one child – let the younger one learn from example by watching their older sibling(s). Monkey see, monkey do.]

Your little helper like to “help” too much? Keep those hands busy! Elise currently has 3 toothbrushes. Yes, three. I use one to brush her teeth while she holds onto the others. She’ll also mimic me some, including trying to brush them herself, and carefully puts them back in the toothbrush holder when we are done (most of the time – some days I have to wrestle them away …). Sing a song while you brush your toddler’s teeth. I often try to use something like “Itsy Bitsy Spider” or “Wheels on the Bus” – they distract her and offer another opportunity to busy her hands as she loves the hand motions with both. For now, she can’t resist doing the motions. That may change, but I’m embracing it while it works!

What’s your best tip for brushing your toddler’s teeth?

I’m excited to be a part of the Orajel™ Smilehood Community for 2016 and share with my readers tips & products that can help our kids achieve healthy teeth. Healthy teeth go beyond just a pretty smile – they can improve your overall health. See my previous post for Keys to Teaching Your Kids Healthy Teeth Habits. 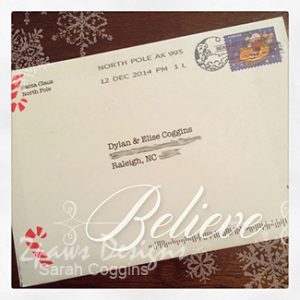 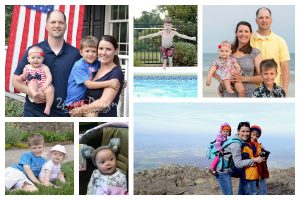