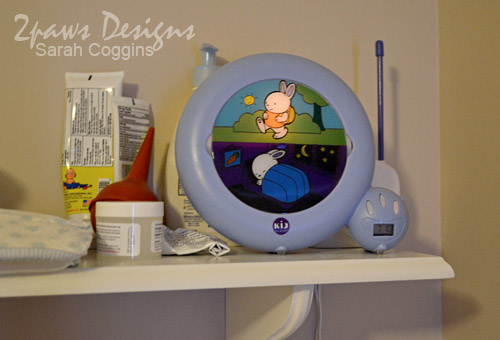 We’ve been blessed that our son has been a good sleeper since his early days of life. Before his birth, we’d heard the stories of babies that have their days and nights mixed up. I had hopes he already “knew” the difference since he was always more active in utero during the day. He barely stirred overnight unless I did and then it seemed like he was just resettling as I was. I did slightly worry after he was born in the evening – thinking he might believe it was morning (yes, totally irrational, but isn’t that the norm for a new, sleep deprived mom?). Instead, he slept longer stretches at night from the very beginning. Then a few months ago, he suddenly shifted his morning wake up to an hour earlier. Now, admittedly, changing from 7:30am to 6:30am might not sound so bad. With me staying at home, we have the luxury, if you will, to delay the start to our day. I didn’t mind him up a bit earlier but I did mind it affected his mood. My sweet boy was a bit on the grumpy side due to lack of sleep. A couple of my friends had had good luck using a sleep training clock with their toddlers who are close to his age. This change in schedule pushed me to start looking into them. Searching online, I quickly found they all seem to be in a price range of about $30-40. I was initially interested in the Baby Zoo monkey kids alarm clock – a perfect fit for his zoo themed room. The monkey closes his eyes during sleep time and opens them when it’s time to get up. It also features an analog clock which I thought would be beneficial in helping him learn to tell time. I ended up with the KID’sleep clock though as I found it at a consignment sale for $8. I couldn’t resist that price and snatched it up. My son was quite excited when I showed him his new “clock” and set it up on the shelf over his dresser.

The front has interchangeable face plates. One is a single scene for using the clock as a nightlight for younger toddlers/infants. The second plate, which we use, has a split image with an awake bunny at the top and sleeping bunny on the bottom. I set the alarm to 7:00am which triggers the awake bunny to light up then and alert him that it is okay for him to come out of his room. There is an audible alarm option, but we haven’t used it yet. Since our schedule is flexible, I prefer the quiet flip of the light only. Occasionally, he will oversleep the bunny waking! Most days though, we will hear him awake and playing in his room followed by joyful cries, “bunny up! Bunny up!” at 7:00am. One of our final night time remarks each night is “see you when the bunny wakes!” whether I’m tucking him in or saying goodbye before heading out to work. Either way, he knows when the bunny wakes in the morning, the day is ready to begin and he’ll find Mama and Dada there.

Note: the particular version of the KID’sleep clock we have has only one alarm setting. During naptime, I do flip the bunny to sleep but he doesn’t wake up. Per online searches, it does appear there is a version that has two alarms. We’ve managed fine with one but if you feel the need for two, do some careful searching and product label reading before purchasing a sleep training clock. 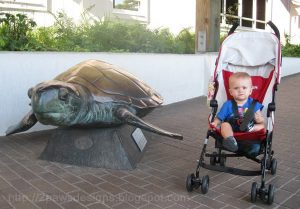