How is it we’ve reached two months so fast? It’s amazing to watch the day-to-day changes as Dylan grows…

* was wearing 0-3 month clothes at the beginning of the month. By the end, he was too long for some and started wearing 6 month clothes!

* holding head up for longer periods.

* had his first visit to church and slept through most of it: but, he did manage to stay awake for our church directory photo taken just before the service: * taking interest in his mobiles. Dylan loves watching his crib mobile spin round & round. He’s a little disgruntled the playpen mobile is stationary and gets very excited when Mom or Dad shakes it to make the animals swing.

* finds his father funny and enjoys laughing with him.

* has outgrown his bassinet and began sleeping in his crib at 5 weeks.

* working on tummy time each day. Not particularly enjoying it, but at least no tears are shed – just a few unhappy grunts and squished up faces: * babbling a lot – both to whatever is around him (mobiles, toys, ceiling… LOL) and in response to others.

* took his first tub bath which, despite the face, he did enjoy: * tries to imitate sounds from Mom & Dad. “Hey” is his current favorite. He’ll watch our faces intently and then attempt a try. Sometimes it’s only mouthed and sometimes he has sound to it. Regardless, it ends in a big smile and a repeat of the game.

* focus. It’s very obvious that Dylan can see things around him much more clearly and is taking it all in. Whether it’s thoughtfully staring at a new face or contemplating his next attack on the animals hanging over his bouncy seat.

* smiling! Lots and lots of smiling especially when Mommy blows kisses at him. 🙂 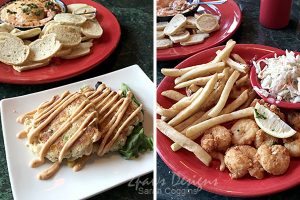 3 Restaurants to Try in Atlantic Beach 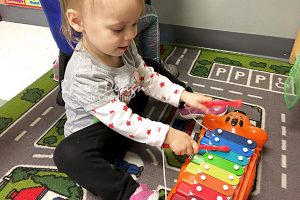