I did organize the Disney photos into their album. I did not scrap any tonight. Instead, I went with Trent to his first softball game of the season. For the 2nd year he’s playing on his company’s team and assisting with coaching. His first hit of the year was perfect – he brought in one batter as well as crossing the home plate himself. I was too excited and busy cheering to take a good picture. That’s Trent in the blue shirt coming toward the camera after scoring. 🙂 Hopefully I can improve on my cheer/photo tactics as the season progresses. 😉 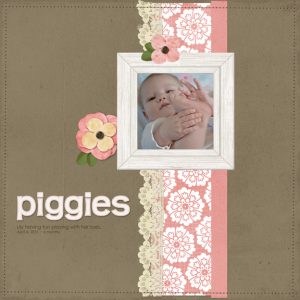